hide
hide
No announcements have been posted yet for Pelicans FC Blue.

Perring Cup draw is out

Last year the Pelicans Football Club saw two of the clubs three teams advance to the quarterfinals. Let’s see if the club can surpass that this season!

About the Perrin Cup: The Perrin Cup is named for Chris Perrin a former player, manager and officer of the League who died of cancer in the late 80’s. The Perrin cup is an intra-league knockout style tournament which can provide a team anywhere from one to six additional games of play. The Cup is played throughout the length of the season and is a single-elimination format. Teams are drawn in a double-blind method with the only stipulation being the Division 1 teams will not meet in the first round. Once listed on a line up sheet, players are bound to that team only for the remainder of the Cup. Preliminary round games ending in ties will go straight to penalty kicks to determine advancement.

Gents,
I hope all is well.
As you probably saw, the game schduled for this weekend 5/1, was cancelled.
We are working to schedule the make up game before summer (joke).
I need to know your preference for a make up date, which may include a Saturday (5/7, 5/14 or 5/15). Please e-mail me with the date you prefer. My e-mail address is jfabebe@gmail.com.
Also, please let me know if you are interested in playing in a summer season, or in a tournament over the summer. Only respond yes to this, if you will commit to playing and paying for the summer session and a tournament (possibly in Atlanta, possibly in another city).
Gentlemen, thanks for a great season. When voting for the dirties player on the team this year, just remember Bryce Boggs plays outside back for us!
Thanks,
Josh 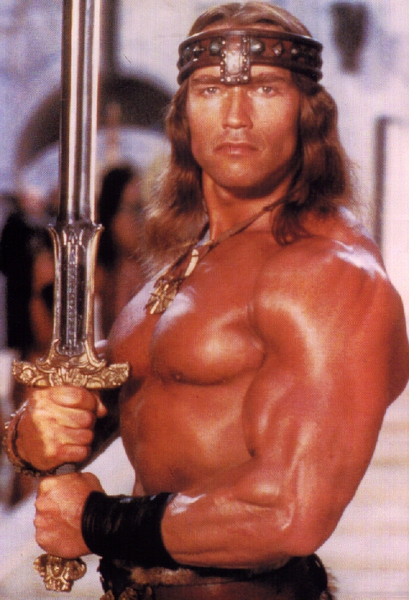 The Pelican’s got one point out of a possible 6 in their last two matches, tying Ouzo 2-2, and losing to FC "Yeah!" 1-3.
Game Facts
Ouzo def. – noun
an anise-flavored, colorless liqueur of Greece
Hangover def. – noun
1. the disagreeable physical aftereffects of drunkenness, such as a headache or stomach disorder, usually felt several hours after cessation of drinking.
2. something remaining behind from a former period or state of affairs.
3. any aftermath of or lingering effect from a distressing experience
In taking these two definitions, we can put a message into the first half performance vs. the Greek Bastages.
Looking to rebound from the previous loss in game 1 of the season 0-5, started slow. Chasing the central midfielders for Ouzo, who ran like gazelles, through a field of wheat, the Pelican’s initial game strategy did not work. The Ouzo midfield found seams inside the Pelican midfield, and through the flanks, and quickly took a 0-1 lead, on a great finish from 35 yards after a poor defensive clearance. Their second goal came on a counter attack, as the Pelican’s were on the defensive most of the half trying to figure out the strategy to defend and attack this aggressive team. A team that has scored more goals in D2 than any other team. Down 0-2 at the end of 45, the Pelican’s decided a different strategy. In lieu of forcing an offsides trap, they dropped, and let the attack come at them. With an active goalkeeper making save after save, they proceeded to keep the Ouzo attack out of the goal, and began striking up their own attack through attacks from the right flank and Ricky Wells. Although no defender in D2, can handle the speed and agility of one Mr. Wells, agent 007, the Pelican’s found difficulty getting him the rock in the first half. The second half was an entirely different story. Brian Halloway, and the Pelican Midfield found energy from strong tackles from Bryce Boggs, Justin Patteson, and the Pelican’s defense, transitioning behind the Ouzo midfield into streaming flowing attacks. The opening came midway through the second half, as the Pelicans found Londell McGlone in the penalty area, where he was agressively fouled (which may have come to haunt him in the later part of the game) and awarded a penalty kick. After giving anonymous short goalkeeper for Ouzo a sneaky look to the right corner of the net, Josh Abebe finished expertly into the left side of the net. 1-2, Ouzo, with the Grecian squad, starting to crack from the insides. Turmoil ensued, as the two dominant midfielders for this team appeared only to play with themselves, both literally and figuratively, not passing to anyone else on their team.
On an ensuing counter attack by the Pelican’s, with everyone pushed forward, and all of Ouzo pushed back, Ricky Wells, beat his man for the 27th time in the half, and launched a cross into the 18, which landed at about the 12, onto a defenders head.
The ball careened out to the edge of the 18, where Josh Abebe proceeded to take a posessing touch, and a second touch left footed volley, which slammed off the crossbar, landing behind the line, and then in the back of the net. 2-2, which was where the game ended up, even though it shouldn’t have…
With 9 goals going into the Ouzo match, Londell McGlone was the Pelican’s leading goalscorer for the year. With a keen eye for goal and finishing on breakaways and 1 on 1 shots outside the 18, Londell hasn’t missed many he should make…but…in the 89th minute, Ricky Wells proceeded to beat his opponent on the right side of the midfield, like he stole something. The 28th time he beat him, he continued his run up the touch line, where he placed a trickling ball across the 6 yardline with an awaiting and excited Lonnie. With is woman yelling at him on the sideline, the goal was all but in the back of the net, when he mishit the finish, trickling the ball just wide of the post. 2-2 finish, good comeback by the Pelicans. Good resliency, and good game-time adjustments by the entire team.

The second game in this post found the Pelican’s in their semi-final match of the Perin Cup. Advancing further and further each year, winning this match would put the Pelicans in the final vs. either GA Tech, or their sister/brother team Pelican’s White. Their match this day was vs. FC Ljiljan.
Blue fell down early, as FC "Yeah," started a trend that the Blue side would not be able to stop…On a one-on-one with the goalkeeper FC Skeet Skeet finished the first of their three goals. The Pelicans showed resiliency, and were never out of this game, even though the scoreline did not show it, as they came back from down 0-1, to tie the score up. Going into the second half it was much more of the same, with the Dirty South Bosnians, finding range on a sequence of break-aways and short handed runs, putting the Pelicans down 1-3, which was the final score. The Blue side showed that they could play at the first level, by keeping constant pressure on the opposing goalkeeper, and in the opposing 18. With several chances, and posession in the final third, the Pelicans side was beat solely on counter attacks, and typically against the run of play. Good tough game, thanks to Lawrence Monroe, and Drew Millet with their unsung contributions in the back.
Next match vs. arch rivals Bafana, 2/20, @ 1pm @ ACC. Let us seek to, "…crush your enemies, see them driven before you, and hear the lamentation of women."